This poem, written in a mixture of languages, contains two Diasporic languages, Yiddish and Smibanese, and my mother tongue, Dutch.Yiddish is an almost dead language. Smibanese, on the contrary, is very much alive. Both are influenced by many other languages. Yiddish, a Jewish dialect, is influenced by, amongst others, Hebrew and German. Many Yiddish words have been adopted in the Amsterdam dialect, the slang of the past. “Yiddish is a language of exile,” wrote writer Isaac Bashevis Singer (1904-1991). “A language without land, without borders. The Smibanese’s slang is influenced much by Creole languages. This designation, creole, was used for African slaves in captivity outside Africa. By giving space to all these languages, room is created for different noisy voices of history and future. 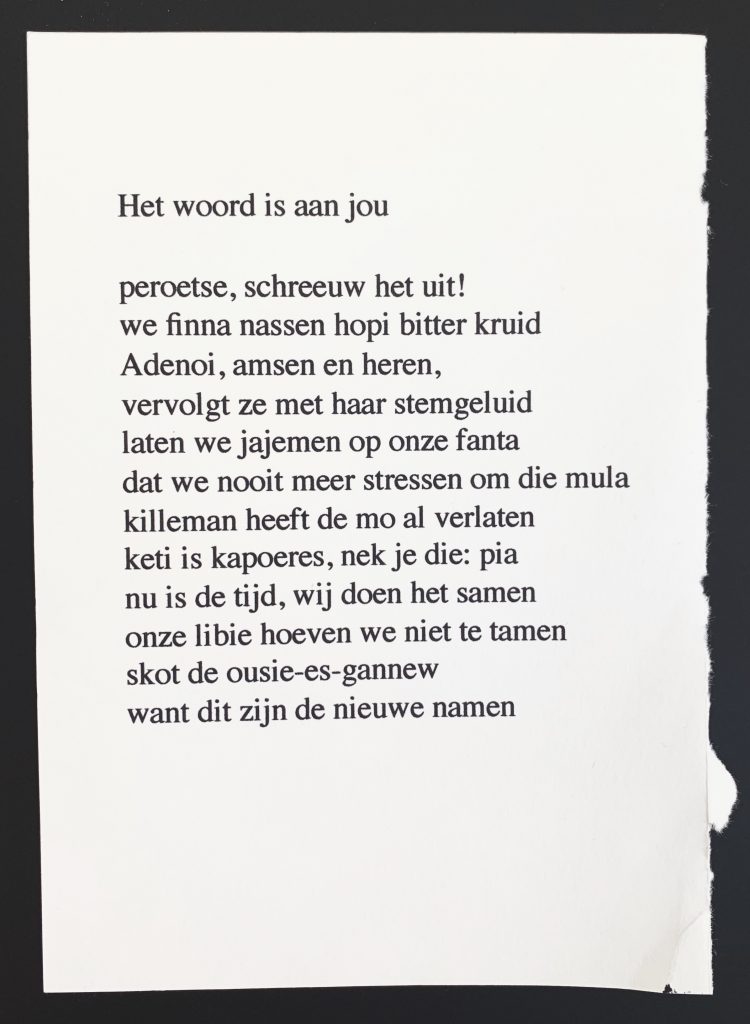 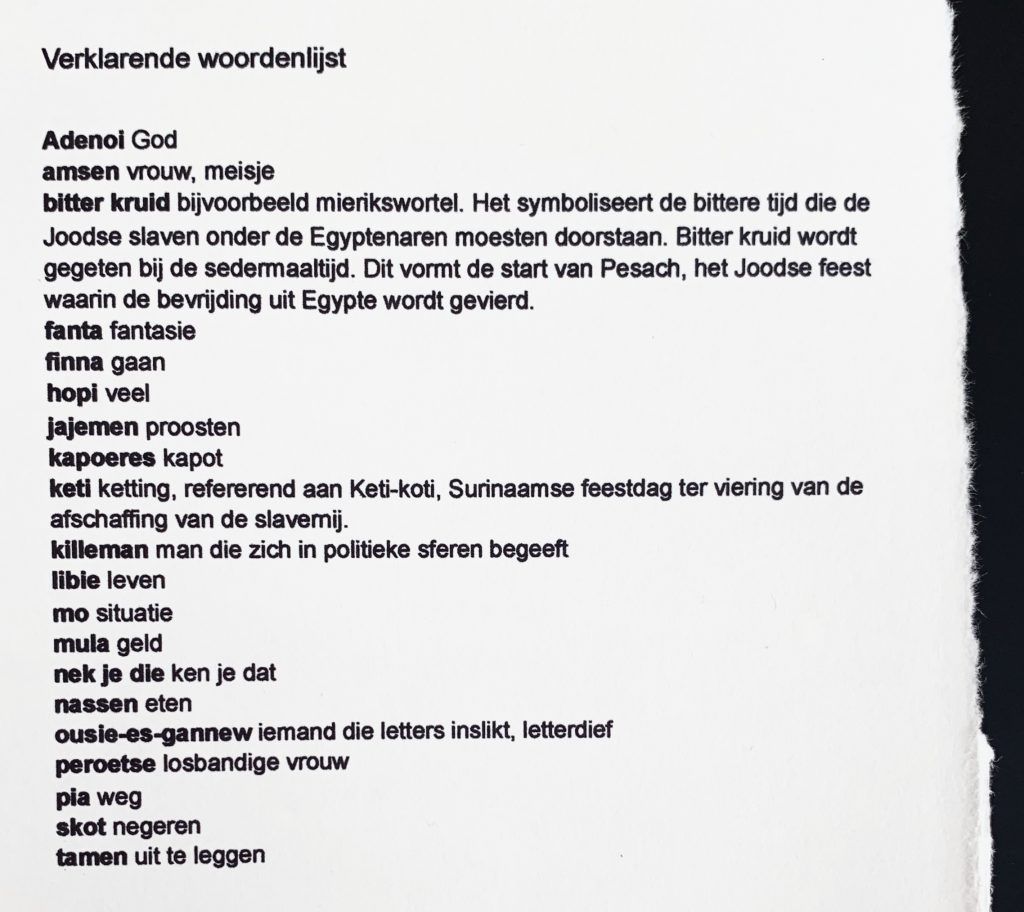